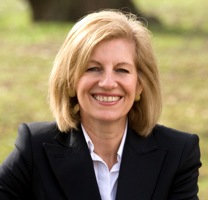 Head of Family Law and Member of Alsters Kelley LLP

Upon leaving Aberystwyth University Erica started her working career as a graduate management trainee at Habitat. After gaining in store experience she moved to Habitat’s head office in Oxfordshire and became a buyer. She continued working in the Retail industry for a number of years, spending time as a buyer for Owen, Owen department store in Liverpool and at Royal Doulton in Stoke where she was a buyer for the chain of stores called Lawleys and then moved into a product development role.

In 1994, she had an opportunity for another promotion and joined Matalan as their Head of Non-Fashion buying. This role was extremely challenging and exciting and involved lots of travelling, trade shows and client entertaining.

Erica took some time out in 1996 to have her daughter, Gracie and it was at this point she decided she would like to pursue a career in law, which had always been her real ambition. She was fortunate to be in a position to finance her training and went to the Chester College of Law in 1997 to undertake her CPE and LPC – Legal Practice Course.

Erica was offered a training contract at Walker, Smith and Way in 1999. She moved to the Midlands in 2001 and joined the family department at Blakemore’s for 12 months before moving to Alsters Kelley LLP in 2002.

Her career at Alsters Kelley LLP really progressed and she was made an Associate in 2005 and became a partner in the firm in June 2006. Erica is one of five Members at Alsters Kelley, three of which are women.

Erica strongly believes that having worked in the retail industry for a number of years she gained a huge amount of commercial awareness which has certainly helped now that she is a partner in her own firm.